Children in Class Two are developing a heightened awareness of the world around them and are attracted to challenge and adventure, while remaining in a vivid world of pictorial imagination.

In this year, children extend their reading and writing abilities, and move to more complex mathematical work.

Thinking is further awakened through an artistic approach which builds on the love of pictures, colour and music. 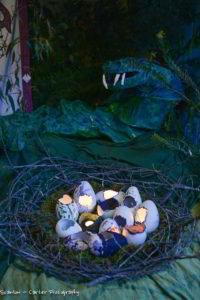 Stories reflecting a stronger connection with the world